The small town of Hawley, Minnesota, is located east of Moorhead at the intersection of the Buffalo River, U.S. Route 10, and the Burlington Northern Railroad.

There is, of course, nothing unusual or particular about this small town of 2,000 people. Except for Bob Hest — an artist, painter, and Twin Cities personality who unexpectedly found himself surrounded by rugs.

As far as the eyes can see

When Bob grew up in Hawley in the early 1950s, he was promised one thing — that the endless miles of farmland and the warmth and security of family life would compensate for the cold, harsh winters.

Bob had a happy and inspiring childhood. He had a sophisticated mother with great taste in food and fashion, and his father was a teacher, hobby photographer, and an amateur jazz saxophone player.

The largest nearby towns was Moorhead, and just around the corner was Fargo, North Dakota. The two larger cities represented a different world, a world of car dealerships and afternoon matinees and movie theaters.

Teach me how to paint

Going to college was something his siblings did and, in time, he would do too. For Bob, the choice was obvious, Moorhead State. At Moorhead, he studied what came naturally to him, art. Having grown up going to Jazz clubs with his father and watching him develop prints in his dark room, he felt confidant taking the artistic route. After college, he worked at a gallery in Fargo, the only gallery that showed contemporary art in North Dakota. 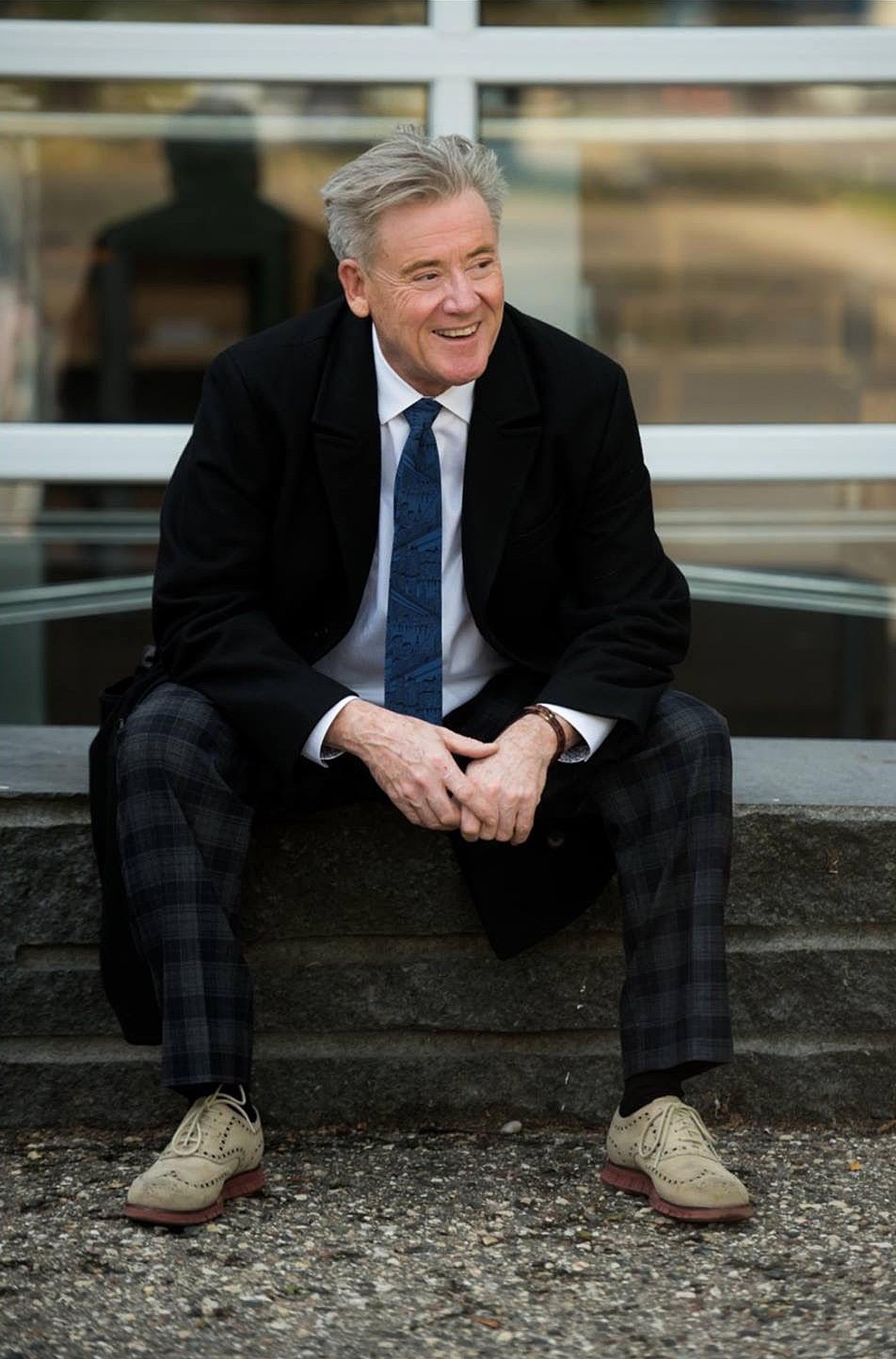 In the '80s and '90s, Bob, who had already moved to the Twin Cities, hooked up with a talented local band in Minneapolis named the Wallets. Soon, he became their manager. The band went on to play local and national shows. When the Wallets disbanded, Bob and the band’s creative leader, Steve Kramer, started an advertising firm that made musical Jingles for major US companies.

These days, Bob is focused mostly on his art, making paintings that resonate with scenes from Hawley. The fox, the horse, the circus, or his friends and family, are all subjects of his paintings. You'll find a fox making a quick run to the lake, or a horse grazing on the landscape of Bob’s childhood.

“Wouldn’t it be great if we made some rugs based on your paintings?” I asked Bob one summer afternoon. “Sure why not” responded forever agreeable Bob.

That was the beginning of Navab Brothers’ rug project with Bob Hest. Making hand knotted rugs in India based on Bob’s paintings has become a huge success! Rugs are now ordered on a regular bases, and we can custom order them in any size. We have the Ballerina and the Bull among other subjects. 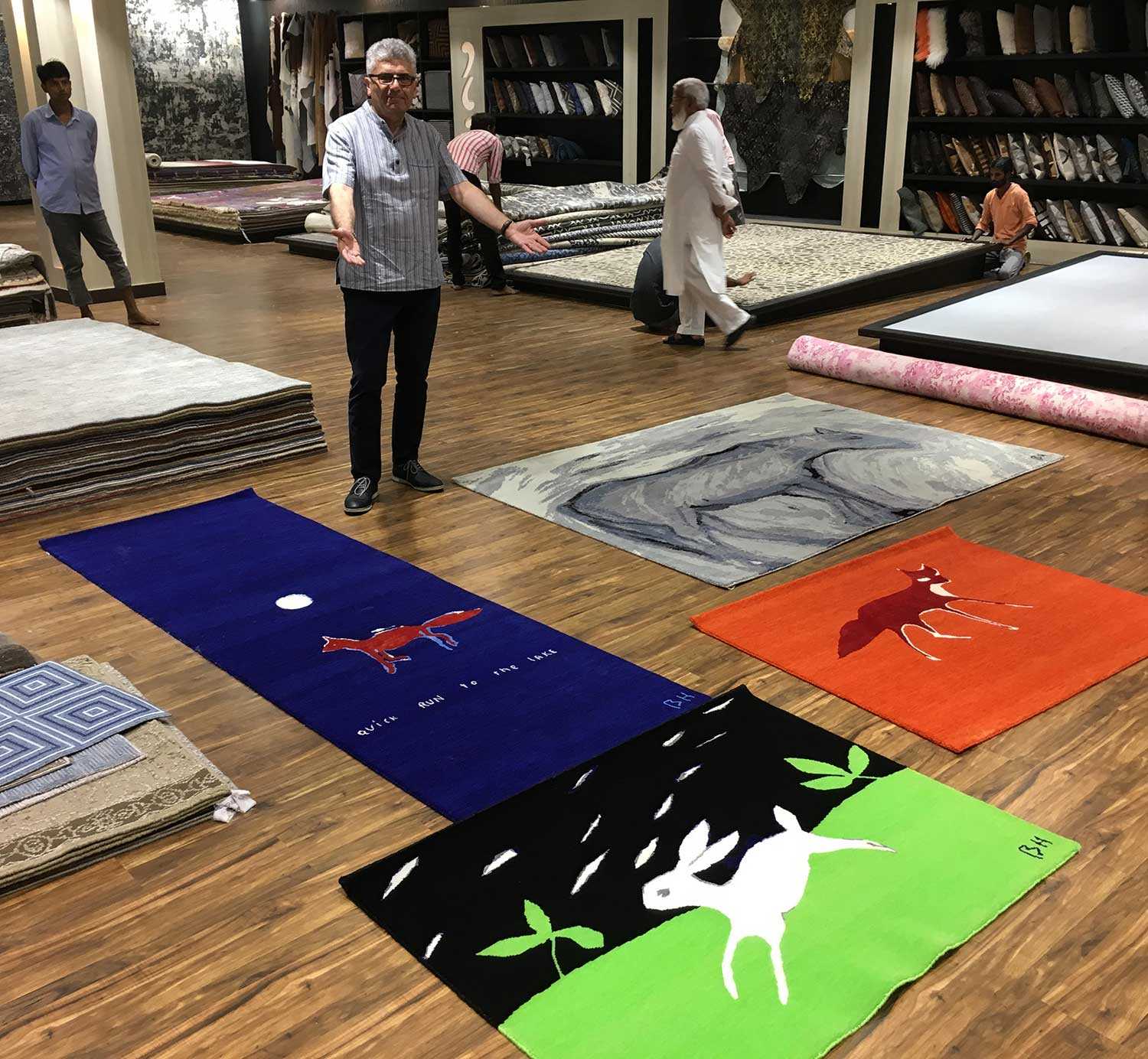 Magic on the walls and the floors

The magic of these rugs is that they capture the essence of Bob’s paintings — his simple and honest positivity. His rugs bring the same warmth to our homes that his paintings bring to our walls.  In a world full of hatred and conflict, Bob’s paintings and rugs give us an opportunity to imagine better days. Hope and happiness exude from the imagination of the artist, touching our lives in the best way possible.